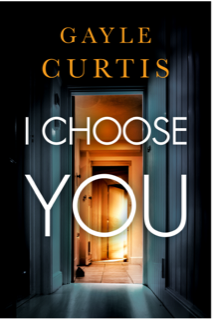 When a killer chooses you, what choice do you have?

Thirty years ago, Elise and Nathaniel shared a horrific trauma that united them in grief. Now, grown up and married with a young family, they feel their worst nightmares are behind them. Until the day their daughter is abducted and murdered.

Both Elise and Nathaniel lost their mothers to a notorious killer who manipulated innocent victims into taking their own lives. Could it be that ‘the Watcher’ has returned for another round of the same sadistic game? Why now? And why are Elise and Nathaniel being targeted again?

When Elise’s family falls under suspicion, her world crashes down around her. Is there anyone she can trust, or is her whole life built on lies?

Only one thing is clear: someone left their cruel game unfinished all those years ago. This time the Watcher intends to win – once and for all.

Chosen for Amazon First Reads and now a bestselling novel. Available from www.amazon.co.uk. Published by Thomas and Mercer.

One child dead. Another missing. The village has seen this before.

On a warm evening in late summer, best friends Raymond and Cara camp out overnight in the garden. By morning, Raymond is dead and Cara is missing.

DI Rita Cannan is called home to the sleepy seaside town of Green-on-the-Sea to investigate Raymond’s murder and try to find Cara—alive. But the case carries eerie echoes of another girl’s death that rocked the close-knit community, decades ago. If there’s a connection, if history is repeating itself, who knows more than they’re letting on? And how far will they go to cover their tracks?

There are only so many lies a small town can hold and when everyone is a suspect, Cannan has nowhere to turn. To discover the truth, she must confront her own past. But can she do so in time to uncover the identity of the murderer and find Cara—before more innocent lives are lost?

Due for release in May 2020. Pre-order now at www.amazon.co.uk. Published by Thomas and Mercer. 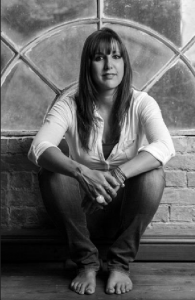 When Gayle was five years old, she packed her little red suitcase and told her parents she was leaving Norfolk to find her fortune. Unable to reach the door handle, she decided to stay, set up an office under the stairs and started writing books. Gayle still lives in Norfolk with her husband and lots of cats. She is inspired by the beautiful countryside and coastline. Her novel Too Close was published in 2016. She has also self-published two novels, Memory Scents and Shell House, and a humour book about her cat, entitled Wilfred, Fanny and Floyd.

Represented by The Feldstein Agency and published by Thomas and Mercer.