She looked even more beautiful now than she had done when she’d been alive. Her green eyes were still sparkling but now glazed, they held a snapshot of the fear that she had endured only moments previously. Death fascinated Tim. The way a person’s eyes altered, showing no emotion, becoming empty, coloured oval shaped glass. He loved that part, when he could reflect on the stillness of his victim like a photo in an album. 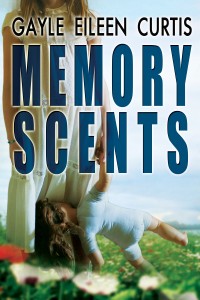 An unsolved series of child murders is the shocking news that hits Chrissie shortly after moving to a picturesque North Norfolk coastal village. Sinister paranormal activity in her idyllic cottage causes her to wonder if she is receiving a message from one of the victims, or if her memory is playing tricks on her and she is recalling a past life. Many eerie coincidences begin to reveal the truth.

Grace is married to a serial killer, something she has been aware of for almost a year. Her decision to keep it a secret comes from her desire for revenge, but she may have left her carefully thought out plans too late.

All three women are linked in their involvement with the same nightmare, as they try to unravel the catastrophic chain of events caused by a child killer.

My name is Rebecca Bandford, only it isn’t the name I was born with. I am a child killer. That is a reference to me that is true and unchanging. I don’t even know who I am. I know that I am a part of your society and I am a product of my circumstances and surroundings, but I am socially invisible, even though I am infamous. People become lost under their labels; wife, mother, father, sister… I am entrenched under mine.

I suppose I should have started by saying that as you read this I have no care whether you like me or not. I’m not telling you this story for any other reason than I want to expel it from myself. I am undecided about what I think of most of it and I have no regard for what you or anyone thinks of me either way. My name is Harry Rochester. My arrogance, when I began writing this, caused me to assume you knew who I was, seeing as you are, after all, reading it. 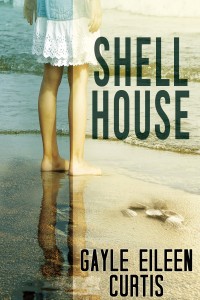 Two separate diaries of two separate lives, both having experienced years filled with guilt, loneliness and isolation. Harry Rochester, an eighty-year-old retired Barrister, begins a diary about his life, in an attempt to make sense of his regrets and the abandonment of his daughter over forty years ago. As their lives run in parallel, Gabrielle also begins a diary about her own life, in order to make sense of her catastrophic actions and the bridges that were broken with her family many years ago. They make contact with one another, and try to entwine their stories in order to put the past behind them. But the unravelling of their separate lives reveals events and misunderstandings unknown to either of them.

Harry and Gabrielle desperately try and make up for all the lost years, with the threat of time running out on them both. Gayle Curtis, in a novel reminiscent of the great Thomas H. Cook, gives us two psychological portraits of a father and daughter caught up in their own guilt and emotional pain, trying to make sense of the actions and the circumstances that led to their lonely separation. 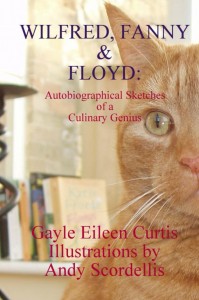 My name is Mr. Wilfred Ginge and I am a very famous, handsome ginger cat from the Mcginge clan in Northern Ireland, I’m sure you’ve heard of me. I will be sharing my extensive culinary knowledge and experiences for one cat year by attempting and sampling various recipes from cooks such as Mrs. Fanny Crackhaddock and the like and reporting on the results. I will also be giving useful household tips for those of you, who like me have baked beans on your paws instead of fingers. Wilfred’s famous culinary blog is now available as a book, for you to enjoy in one deliciously yummy sitting.